HPLC Determination of Chloride, Chlorate and Perchlorate on Newcrom B Column

Main source of contamination of environment by perchlorates are rocket fuels, car airbags, and fireworks.
EPA developed regulation of the perchlorate level in drinking water which already adapted by several states.
The most convenient, universal and very sensitive way to measure perchlorate is chromatography.
SIELC developed a simple, rugged, and selective HPLC method which allows to measure perchlorate in different matrices including drinking water.
This method allows to measure simultaneously other chloro containing ions such as chloride, and chlorate.
The method shows high selectivity and specificity.
The mobile phase is a simple mixture of water acetonitrile and ammonium formate.
The column used in the analysis has advanced surface chemistry with long chain holding a terminal positively changed functional group. 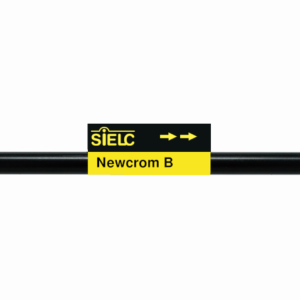 The Newcrom columns are a family of reverse phase-based columns. Newcrom A, AH, B, and BH are all mixed-mode columns with either positive or negative ion-pairing groups attached to either short (25 Å) or long (100 Å) ligand chains. Newcrom R1 columns are standard reverse phase columns with octyldecyl silane chains (C18) attached to porous silica. We have also designed a line of Newcrom R1 columns with a new outer design. This column and corresponding adapter entirely eliminate the need for any high-pressure fittings or tubing as well as minimizing all possible dead volumes. Furthermore, if a leak ever occurs in the high-pressure column inlet, the mobile phase is contained within the column adapter (no external leakage).